A People's Atlas of Detroit

Detroit is widely known as the Motor City, but it has also given rise to some of the world's most important urban social movements. Edited by Linda Campbell, Andrew Newman, Sara Safransky, and Tim Stallmann, A People’s Atlas of Detroit narrates the lived experiences of people engaged in political battles central to Detroit's future and that of urban America. This interdisciplinary volume features contributions by over fifty figures from movement-building efforts in Detroit, including activists, farmers, students, educators, scholars, not-for-profit and city government workers, and members of neighborhood block clubs. Developed from a community-based participatory project, the book speaks to the challenges of fighting for land and housing justice, food sovereignty, economic democracy, accountable governance, and the right to the city. A People’s Atlas of Detroit weaves together maps, poetry, interviews, photographs, essays, and stories to critique status quo urban governance while elucidating radical visions for change.

By drawing upon the collective analyses of Detroiters engaged in the front lines of struggle, A People’s Atlas of Detroit argues that it is only by confronting racial injustice and capitalism head-on that communities can overcome the depths of economic and ecological crises afflicting cities today. This innovative collection builds bridges between multiple areas of social activism as well as current scholarship in geography, anthropology, history, and urban studies to inspire communities in Detroit and other cities towards transformative change.

Andrew Newman is an associate professor of anthropology at Wayne State University.

Sara Safransky is a human geographer and assistant professor at Vanderbilt University.

Tim Stallmann is a cartographer and a worker-owner at Research Action Design. 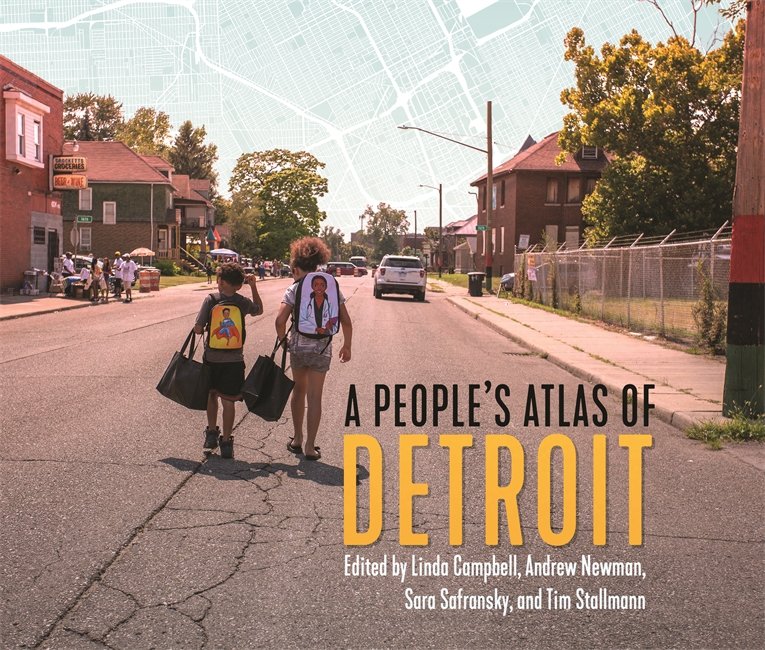